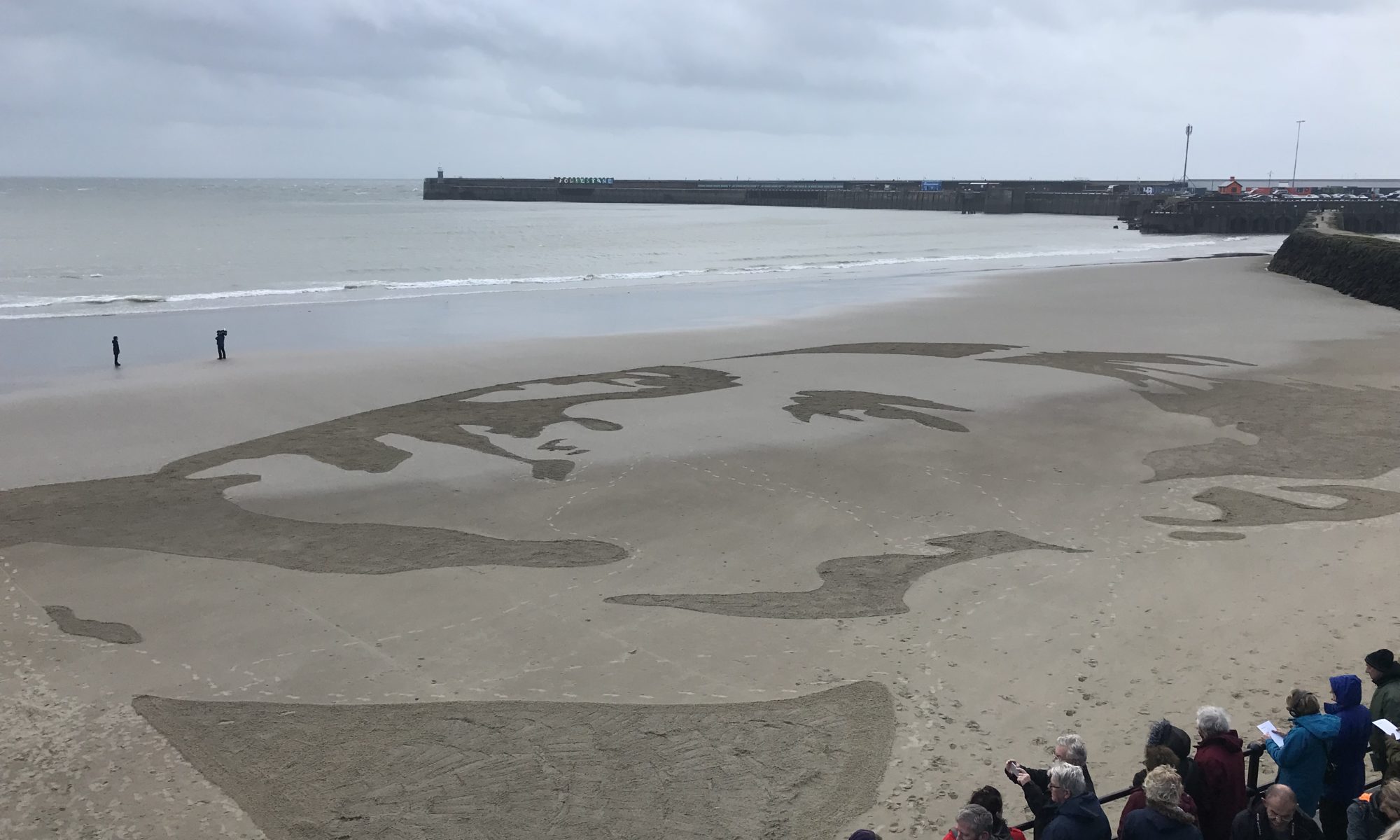 On Sunday 11 November 2018, Britain and other nations marked the passing of 100 years since the Armistice that bought to an end over four years of fighting in 1918. In London, the now traditional Ceremony of Remembrance at the Cenotaph, held on the Sunday closest to the 11 November since 1945, took place in the morning, this year incorporating a ‘people’s procession’, which saw 10,000 civilians who had applied to a public ballot in order to participate, follow the traditional military parade past the Cenotaph. Those marching, many of whom carried wreaths which they laid at the Cenotaph, were motivated by a desire to mark individual stories and individual losses: the man marching in memory of his grandfather and his grandparent’s baby son, who died from whooping cough the same day that has grandfather died in a military hospital in France; the woman marching in memory of her Great Great Uncle who was killed by a stray bullet, aged 21, close to Jerusalem; and the woman who was there to remember John Parr, the 17 year-old boy from North London who, having lied about his age to join up, was to become the first British soldier to die in the war. The participants thus both represented a desire to continue the emotional link with the past that has been seen in so many of the centenary events, and acted to make loss, and its impact on those who have been bereaved by wars, even more visible than usual at this, centenary, Ceremony of Remembrance.

Loss, and in particular the figure of the sacrificial combatant, killed in an industrial war that was beyond the imagining of most people in 1914, has been at the heart of much of the commemorative activity of the past four years in Britain. The major public arts projects organised by 14-18 Now have all acted, in different ways, to commemorate the dead, rather than the war – and have all been extremely popular with the public. Tom Piper and Paul Cummins’ Bloodswept Lands and Seas of Red attracted over five million visitors in the four months that it was displayed at the Tower of London, with many more visiting the installation as it has toured the country since. Jeremy Deller’s We’re Here Because We’re Here caught the public imagination when it marked the dead of the first day of the Battle of the Somme in 1916 through the appearance of volunteers in public sites, dressed in the uniform of trench soldiers and representing some of the dead of 1916, while Beyond the Deepening Shadow (Piper and Calix) and Pages of the Sea (Boyle) marked the end of the Centenary by remembering more of the dead.

This focus on loss was not unexpected: the cultural memory of the war, as Dan Todman has shown, has focused on the dead, and the belief that they were needlessly sacrificed by uncaring and out of touch generals and politicians since at least the 1960s. Academic work of the past decades, the best of which showed the nuances and complexities of the conflict, made little impact on a memory of the war as uniquely horrible and uniquely futile.

In January 2014 the then Education Minister Michael Gove argued that the coming centenary was an opportunity to demolish what he termed ‘the Blackadder myth’ of the war, identifying the popular BBC sitcom of 1989 Blackadder Goes Forth as a key propagator of ‘left wing versions of the past designed to belittle Britain and its leaders’. For Gove, to criticise British military and political leadership in 1914 was to diminish the sacrifice of those who died ‘in a just war’ against German aggression. Attempting to reclaim the war for the right, Gove argued that the Centenary should be at least as much about celebrating victory as it was about commemorating loss.

Looking back over the past four years, it seems that the narrative of loss and sacrifice has been strengthened, rather than diminished by the war. Many of the events and commemorative projects must have been the stuff of Michael Gove’s nightmares. The Heritage Lottery Fund, which by October 2018 had awarded over £95 million to a range of local history and heritage projects exploring the impact of the war, funded community projects such as The Orange Lilies, run by Strike A Light Community Arts in Brighton, which sought to explore the impact of the Battle of Boar’s Head on the city, supporting volunteer researchers who discovered the lives of men who were killed in the Battle, and recorded and commemorated them on a website and through local history events. Similarly the town of Whitstable in Kent remembered its military dead through the Think of Me project run by the Horsebridge Arts Centre. Heart-breaking letters from the bereaved have been digitised in the HLF supported Dear Mrs Pennyman project and up and down the country volunteers worked to research the lives of those named on their local war memorial.

The war was remembered, overwhelmingly, at the local level. While it is the large-scale public events that have caught the media’s attention, thousands of local, community based projects, have explored different aspect of the war. Although the war has almost moved out of living memory, its memory remains very much alive in many places. One of these is the Outer Hebrides, particularly the islands of Lewis and Harris,

In January 1919 HMY Iolaire sank at the entrance to Stornoway harbour, after hitting rocks. It was bringing men home to islands at the war’s end, and of the 285 men on board, 205 were drowned, within sight of home. This tragedy has a continued emotional resonance in the Hebrides, particularly on Lewis, where most of the dead came from. It overshadows other wartime losses in the Islands – 1000 men from Lewis, from a population of about 30,000, had been killed – and is remembered in families and by individuals, as well as at a wider, community level. As a participant in a workshop on the Iolaire co-organised by Reflections put it when explaining why so many people still feel an emotional connection to the war, ‘it’s not the facts. It’s the people and the stories’.

Again and again, it has been the people and the stories that have been at the heart of centenary events and projects over the past four years. Projects such as those outlined here, that explore and commemorate loss, and others, that focus, for example, on the experiences of Muslim soldiers, on the Women’s Institute, and on Belgian refugees all drew on the power of personal narratives, and on the desire of people today to understand the war through empathetic research into the lives of those who experienced it. Driven by a range of forces, including the growth of family history research, an awareness of the impact of contemporary wars on societies and individuals, and the ongoing strength of the cultural memory of the war, the centenary has been marked by a fascination with ‘the people and stories’ of the war, and a deeply felt sympathy for their experiences. Michael Gove may not be happy, but sympathetic research, and the development of empathy for others through this historical research, are no bad things. We do not have to choose between a wider historical understanding of the war, much of which has been driven and uncovered over the past four years by community projects, and an empathy with those who had their lives torn apart by conflict. It is not a zero sum game. We can, and should, aim to incorporate both in our understanding of the Great War.

Photo: Wilfred Owen’s portrait at Folkestone as part of ‘Pages of the Sea’ commemoration, 11 November 2018
Credit: Helen Brooks, Gateways to the FWW/University of Kent