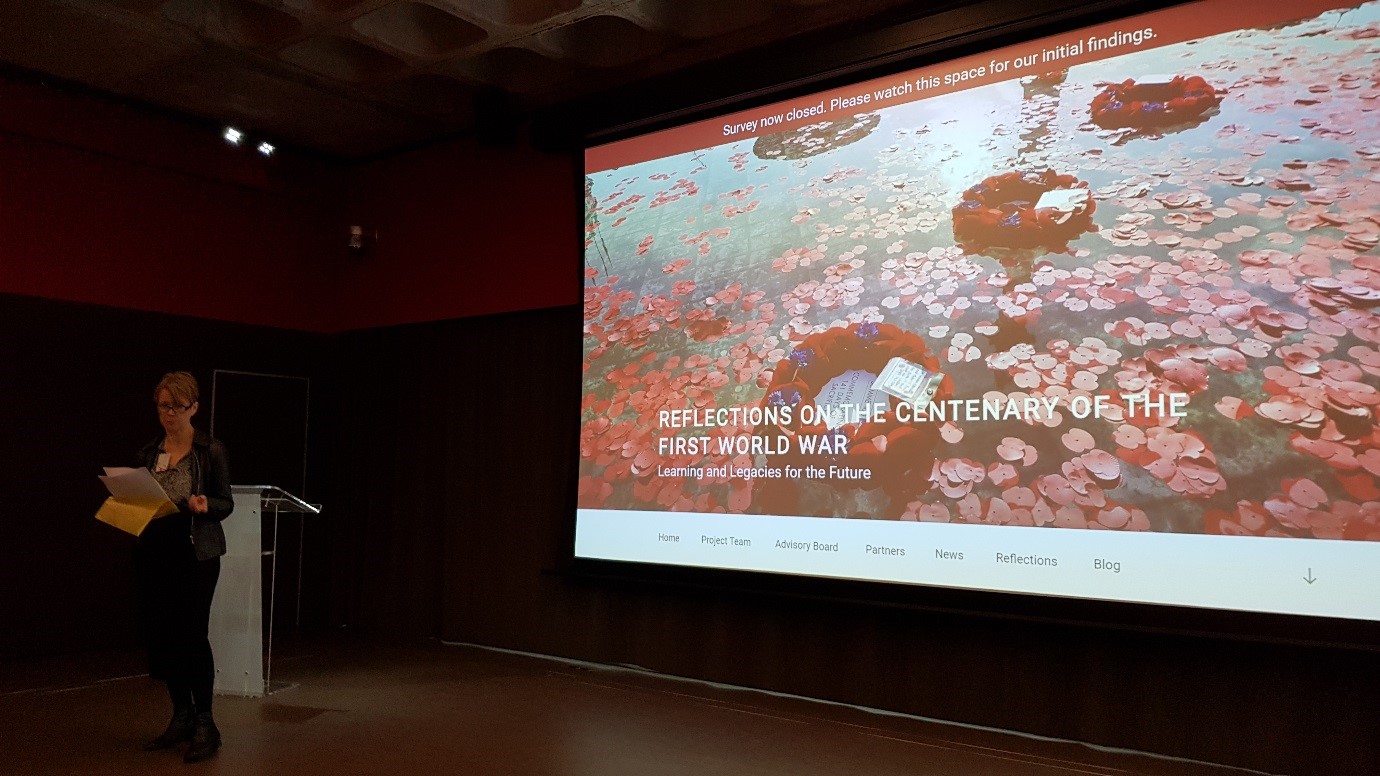 The First World War centenary has seen a significant amount of commemorative and educational activity, led by local, regional and national grants. These have been enabled by a variety of different funding bodies – including the Arts and Humanities Research Council (AHRC), the Arts Council, and the Heritage Lottery Fund (HLF). Amongst others, these represent a number of organisations that have undertaken evaluations of their projects, as well as capturing the long term impact of centenary activities on the British public’s understanding of First World War history.

Until last week, there had not been any collaborative or shared consideration of the ways in which different evaluations have been conducted, or consideration of how their collective results might be utilized in a mutually supportive manner – so as to produce the best possible overview of centenary activity and its impact within the UK during this period.

The AHRC-funded ‘Reflections on the Centenary of the First World War: Learning and Legacies for the Future’ project started this conversation with a one day symposium event, held at the National Archives on Friday 12th October. Titled ‘Capturing Commemoration’, it brought together key organisations, all of whom are (or will be) conducting UK-based evaluative work. These included representatives from 1418 NOW, the Imperial War Museums (IWM)-led First World War Centenary Partnership Programme, Historic Royal Palaces, the AHRC, Historic England and the Department of Culture, Media & Sport.

Click here for a Wakelet collation of tweets from the day (#captureWW1).

The ‘Reflections’ Team will produce a short report of key findings and recommendations, to be made available on this website in due course.

What has additionally been evidenced during these closing phases of the centenary, especially with this week’s release of Peter Jackson’s documentary film ‘They Shall Not Grow Old’, is that the public appetite for the First World War manifests particularly strongly via perspectives that humanise it. The impressive restorative process of colourising original archival footage (held by IWM) has resonated with viewers, through its capability to collapse temporal distance, between then and now. Presenting the past to audiences in a new light speaks to the changing practices of commemoration developed over the last four years.