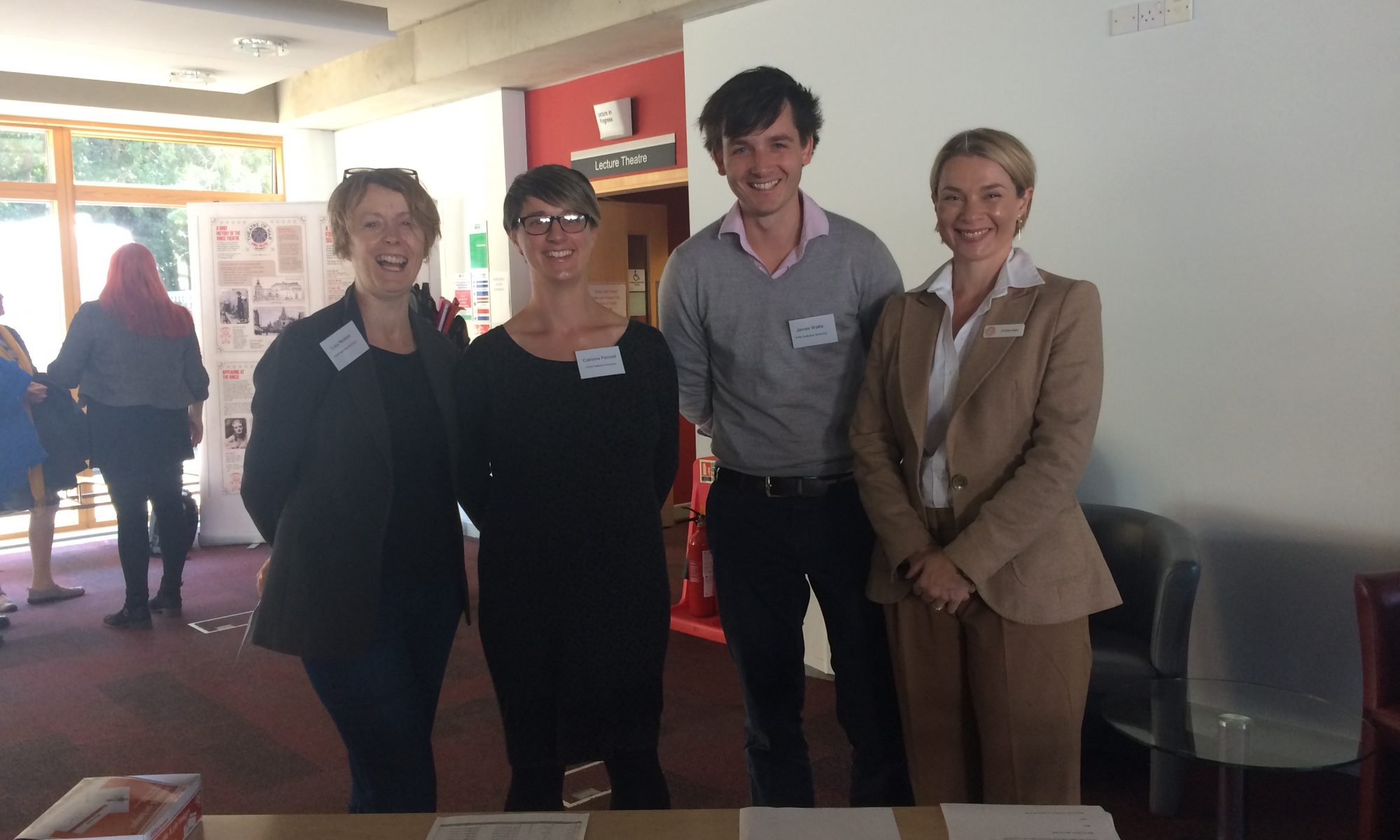 As we move towards the final year of the centenary, we are beginning to look back on not only the First World War, but the ways in which the centenary of this global conflict has been marked, both in Britain and across the world.

The workshop was attended by a range of centenary project participants, together with students and historians of the First World War. In the morning we heard fascinating presentations from two projects that have received funding from the Heritage and Lottery Fund:

Both projects have been supported by Gateways, and the presentations illustrated just two of the range of imaginative and informative ways in which community led projects are contributing to and shaping our knowledge of the war in Britain. Local histories, such as these, provide us with a means of linking the often individual and local experiences of the conflict with the war on a global scale. For example, the 100 Miles for 100 Years walking tour of Southborough and High Brooms highlights the tragedy that was the sinking of HMS Hythe off the coast of Gallipoli in 1915. On board were many of the men of the Third Kent Fortress Royal Engineers, formed of volunteers from the area. Of the 154 who died, 129 were from these small communities, devastated by losses on the border between Europe and Asia. The Kings Theatre meanwhile gained funding from the Arts Council to stage some of the ‘lost plays of World War One’, rediscovered by volunteers working with Gateways historian Dr Helen Brooks in the archives of the British Library, and with the support of Gateways Co-Investigator Professor Brad Beaven, and Gateways Network member Dr Melanie Bassett, both of the University of Portsmouth.

Professor Sarah Lloyd, the Principal Investigator of the Everyday Lives in War AHRC First World War Engagement Centre at the University of Hertfordshire gave the workshop’s keynote lecture, in which she discussed the relationship between the changes of the war, so often seen as a ‘watershed’ or seminal break with the past when examined on a global scale, with the continuities of daily life for many of those who lived through it. These intimate, local histories – the ‘voices less heard’ – provide both a means of complicating our understandings of the war, and act as a way for us to engage more fully with the people of the war years. Stories, she argued, help us to understand the complexities of the past.

This point certainly proved true in the reflective workshops with which we ended the day. Members of community groups came together with historians and students to discuss and reflect upon our experiences of the centenary. Amid discussion of a wide ranging and impressive series of centenary projects, two features really stood out: the empathetic connection that many felt with those who lived through the war, and the multiple meanings of the war in the early 21st century. One participant reflected on her pride at seeing the Belgian national flag fly over her local town hall to mark the refugees from that country that the town had hosted during the war, an important reminder of our shared past in the age of Brexit and anti-refugee sentiment in much of the popular press. Others discussed the ways that researching local history had helped them to more fully understand their contemporary community, and being deeply moved when they met descendants of those who had previously been a name, or a photo, in an archive.

As the day drew to a close it was clear that the experience and legacies of the centenary are numerous; shaped as much by the experience of living in the early 21st century as they are by the histories of the First World War being explored and shared. It is these experiences, and their legacies, that that Reflections on the Centenary team are keen to explore between 2017 and 2020. On November 11, 2017 we will launch an online survey asking participants to consider their both their experiences of the centenary, and their understandings of the First World War, and are also keen to interview centenary project participants alongside heritage professionals, students and educators. If you would like to know more about our project and to get involved by recording your centenary reflections, please email Lucy Noakes at l.noakes@essex.ac.uk.